Skipper and I are proud of our garage. The boat may not be a super yacht but she has a sizeable boot in the stern. It’s bigger than our cabin next door – a lot bigger. Sometimes we dream about knocking through. 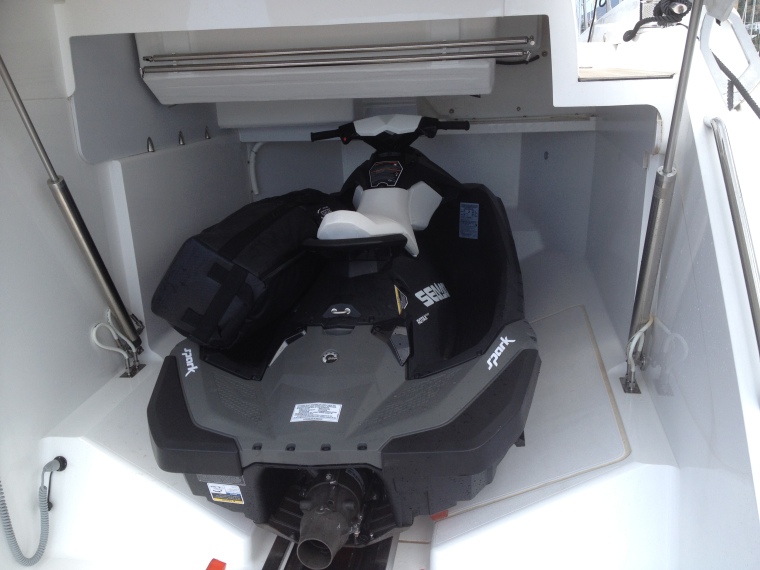 This is how it was in April when we first moved on board. A pristine palace for the jet ski and all the other toys yet to come.

Since then Skipper has thought up some modifications to accommodate the rapidly accumulating purchases. And to house all those useful things that can’t be thrown away because they might come in handy one day. Amongst which are:

So what more could you want?

Well, there’s still a rack to go in there for the sea bob, waterskis and the wakeboard. But that’s next week’s job.

Oh, and somewhere in there, there’s still a jet ski. 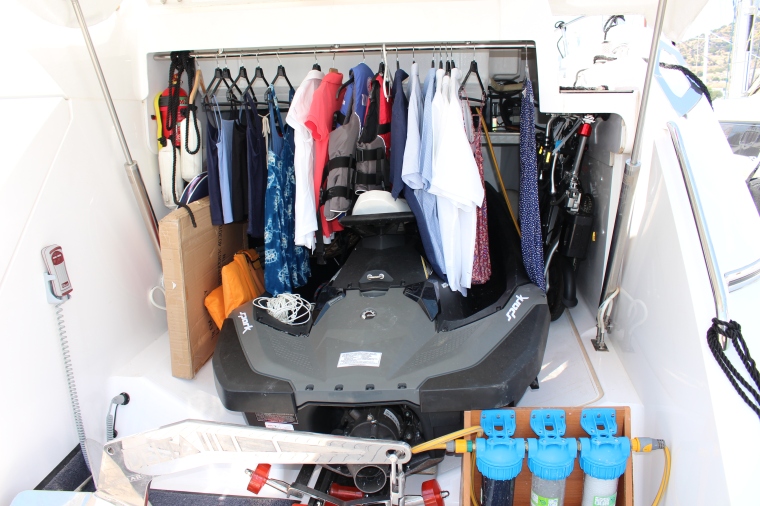